Semi Final Preview
Seniors
Pambula v Tathra
A big game for both clubs this weekend as Pambula host Tathra in the mionor semi final at Pambula Sports Complex. Last year saw Pambula and Tathra meet in the Preliminary final where the Panthers got the chocolates and based off recent form Pambula will be favourites to end Tathra’s season yet again in 2018. Pamubla were too strong for Tathra last weekend in the final home and away round and will look to use home ground advantage to full effect. Mitch Wallis was good in the middle for the Panthers in last weekends match and whichever side can get the upper hand in the middle this weekend will be in a good position to progress. Dean Gartside was back for the Sea Eagles last weekend and will be looking to have a bigger impact on the match this weekend. Both sides come into the match with some injury clouds over the side with Charlie Shepherd for Pambula questionable whilst it looks like Josh Wilkinson will not return from a leg injury in 2018.

Player to Watch: Sean Smith, The Pambula veteran had a day out last weekend in his milestone match kicking 5 goals and will be hard to contain again this weekend. Tathra will need to shut down Smith to give themselves a chance.

Reserves
Tathra v Narooma
After running in the top two for the majority of the season the Tathra Sea Eagles dropped to third place on the final weekend of the season. The Sea Eagles are in a little bit of slump in recent weeks whilst the Narooma Lions are coming off a win against ladder leaders Merimbula. Although the Lions toppled the ladder leaders last weekend, they have been incredibly inconsistent this season and this game could come down to the in’s and out’s for both clubs. Look for a tight game.

Player to Watch: Adam Blacka, the leading goalkicker in the grade, Blacka will be important for the team.

Women’s
Tathra v Narooma
Like in the reserve grade, the Tathra Sea Eagles held down a top two position for 15 of 16 rounds before being overrun by Pambula in the final game of the season. This is the first time in the competitions history that Tathra have not finished in the top two and the Sea Eagles will not need to win 3 straight games to claim their maiden premiership. The Lions come into this weekend confident that they will be able to cause an upset having beaten both Tathra and ladder leaders Eden in 2018. Both teams have plenty of A-grade players with the like of Talia Moreton-Stewart, Meaghan Mackie and Zalie Betts for the Lions whilst Tathra boast the likes of Elousie Sherwin-Russell, Cymmon Parker and Tyra-Lee Palmer. Player to Watch: Tyra-Lee Palmer, Tathra junior getting better each game for the Sea Eagles to become a vital player for the team.

Semi Final Preview
Under 16s
Tathra v Merimbula
The under 16’s competition has been the most unpredictable competition to date in 2018 with plenty of upsets and close games across the season. This weekend’s game is going to be no different between Tathra and Merimbula. Both teams will be confident of progressing to the preliminary final in two weeks with the two teams evenly matched. The Sea Eagles had a shock loss last weekend against Pambula whilst Merimbula were too strong for ladder leaders Narooma. The Diggers will be hopeful of having Caleb Higgins in the lineup this weekend after suffering an injury in last weekend’s senior game. If Higgins is unavailable this weekend, the like of Jedd Martyn, Charlie Buckingham and Matthew Leonard will be key players to watch for the Diggers. On the other side, this will be Tathra’s first appearance in finals within the under 16’s for a number of seasons and it will be interesting to see how the side handles the pressure. Doug Stubbs will be important for the team with having had plenty of finals experience with the Diggers in recent seasons whilst Zac Harlow has been the Sea Eagles standout player in 2018.

Player to Watch: Matthew Leonard, it looked as though Leonard’s season was over a couple of weeks ago after taking a heavy fall in a marking contest against Tathra. Leonard has plenty of athletic and footballing ability and will want to have a good game this weekend.

Under 14s
Broulee Moruya v Merimbula
It is going to be a good matchup in the under 14’s age group this weekend as Broulee Moruya take on Merimbula. In games played between these two sides in 2018, they have battled out some close matches. The last time these two met was in round 7 and a lot will have changed since then. The Giants have improved game on game in 2018 and have played some good competitive football against the top of the table Bermagui side in recent weeks. Broulee Moruya will be looking to get their midfielders involved in the game early with the likes of Sebastian Giri and Tasman Simons to see plenty of the ball this weekend. Brock DeWinter has grown into the season and has been one of the competitions key forwards in recent weeks and Merimbula will need to keep close watch on his movements this weekend. Merimbula are yet to hit top gear in 2018 although they are more than capable of playing football to challenge the top 3 sides in 2018. The likes of Noah Overend, Damon Kerr and Billy Spackman will be key in Merimbula’s season finishing early or going forward in two weeks.

Player to Watch: Charlie Jones, The Giants key position player has had a solid season playing good football and making the Stingrays side. Will be keen to have a big finals series for the club. Prediction: Broulee Moruya by 8 Points.

Under 12s
Bermagui v Pambula
The first game of the day on Saturday is going to be one of the most interesting games of the day with Bermagui and Pambula going head to head in the under 12’s grade. After slow starts in their previous two games Bermagui will be looking to get off to a good start against Pambula. In recent weeks, Pambula have shown that they are going to be a headache for opposition having beaten Merimbula and tathra and challenging Narooma for four quarters to close out the season. Bermagui can guarantee solid contributions from the like of Lachlan Moresi, Anthony Gannon and Tyge Matters this weekend and if they are to make it 3 premierships on the trot other names will need to stand up in the coming weeks. Pambula have been steady improvers throughout the year and with the likes of Nate Woods, Anthony Seach and Flyn and Archer Whitby, the side will be confident this weekend.

Player to Watch: Clancy Ballard, The Bermagui forward was huge for the Breakers in last years finals. 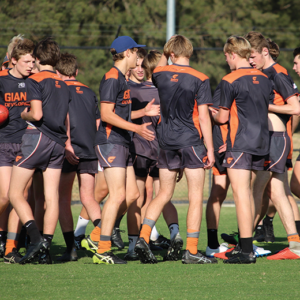 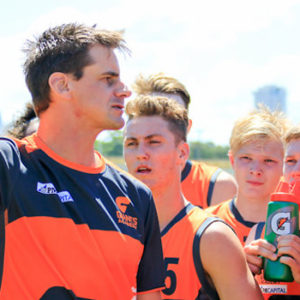